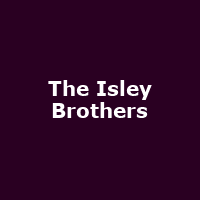 Events for The Isley Brothers