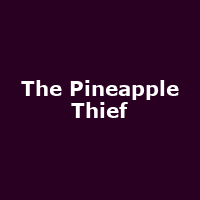 Events for The Pineapple Thief