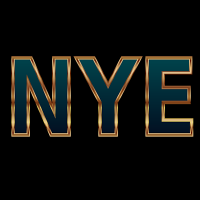 If you didn't manage to get out to celebrate NYE this year, below is what you missed out on...

Indigo at the O2 will host the soulful DJ as he spins the best in soul and RnB. Tickets £30, or £60 for VIP tickets. Selling fast, don't miss out!

It's all change for 2014, with the annual New Year's Eve event in London now being a ticketed event. You buy tickets which allow access to various "zones". Limited availability.

BLACK BUTTER RECORDS are set to bring the flavour of nu-soul and hip new dance to Brixton's Electric for one massive NYE party. Extra Special Guest: Zed Bias - Last Ever DJ Set as well as slots from Kidnap Kid, My Nu Leng, Woz, Bipolar Sunshine and more - tickets are £40.

EASTERN ELECTRICS takes over Studio 338 in Greenwich (by the O2), with a line-up boasting Cassy, Geddes, Matthias Tanzmann, Route 94 and more. Tickets cost £29.95 for early-birds.

KISSTORY LONDON will host two NYE club-nights, one in London and one in Bristol. DJs on the night include Jez Welham, Neev, Dixon Brothers, DJ Luck & MC Neat in the main room and DJ MK, Freddie Smith & Melvyn Francis appearing in room 2.

DOLLOP has NYE and NYD events - both of them at the Troxy, with MK, Totally Enormous Extinct Dinosaurs (DJ Set), Wilfred Giroux, Drew Hill, Dorsia and more playing the NYE event and a line-up to be announced for NYD. Tickets cost £40 for NYE, £15 for NYD.

NORMAN JAY continues his NYE allegiance with a set at KPH in West London. You know how he rolls - upfront funk, tight rhythms, swinging soul, reggae from the heart and a whole heap of good times to see in 2015. Tickets from £25.

DJ CRAIG CHARLES brings his Funk & Soul Club to Brooklyn Bowl in the O2, with Plump DJs, Smoove and Turrell and The Correspondents. Tickets range from £25 to £30 - early-birds now sold out.

MR SCRUFF is at "home" on NYE, playing Band on the Wall, with Floating Points, with Scruff serving up a nice slice of jazz, soul, hip hop, funk, disco, deep house, reggae, afrobeat and latin sounds on the night. Limited ticket availability.

BLOSSOMS - The Manchester psychedelic band play a hometown set at the Night And Day Cafe with Hartheim, The Twisted Dolls and a Man Made DJ Set taking you to 3AM. Tickets cost just £10.

GATECRASHER will once again host a massive party on NYE, with the 2014 line-up to be announced. Tickets cost £40 for early-birds.

Seth Troxler - the Tuskegee man will spin techno, house and more at The Astoria in Portsmouth. Tickets from £15 - £20.

In:Motion takes over Motion in Bristol, with Camo & Krooked, Calyx & TeeBee, TC, Dillinja, Zed Bias, My Nu Leng, Klose One and many more from 10PM to 6AM. Tickets (last few) cost £35.

Mas y Mas play a hometown NYE set in Nottingham at Nottingham Contemporary. You can catch the duo for £20.

SWITCH. NYE in Oxford at the O2 Academy with Wilkinson, B. Traits and more. Tickets cost £15.