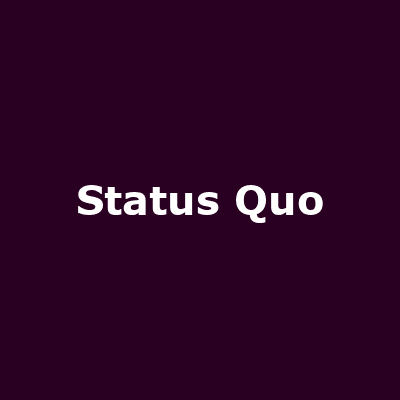 Perennial UK boogie-rock outfit that began life as The Spectres (Francis Rossi and Alan Lancaster) in the early '60s, recruited Rick Parfitt in the late '60s and went on to rack up over 50 hit singles and sell out thousands of concerts around the world.

Key signature songs (of which there are many) include: "Rockin' All Over The World", "Whatever You Want", "What You're Proposin'", "Down Down", "Dear John", "In The Army Now", "Pictures Of Matchstick Men" and "Jam Side Down".

Founding members Alan Lancaster and John Coghlan were reunited with Parfitt and Rossi for a short series of shows in March 2013.