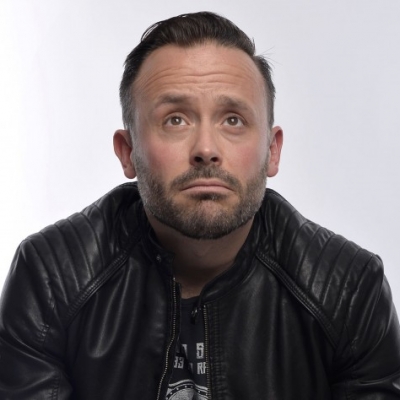 Geoff Norcott is a British comedian, impressionist and TV presenter, working in comedy since 2001.

Norcott's routines include impressions, observation, satire and rap. He has many broadcast credits to his name including work on Nuts TV and BBC Radio 1. His show "Avoids a Double Dip" was performed at the 2012 Edinburgh Fringe.

"Geoff's life hit an iceberg then slipped on route to the lifeboat. How do you turn things around? Is there a perfect balance of meditation, counselling ... or dog ownership? Whether it's bankruptcy, depression or just an extended hissy fit, this show is for anyone trying to keep a smile on their face."