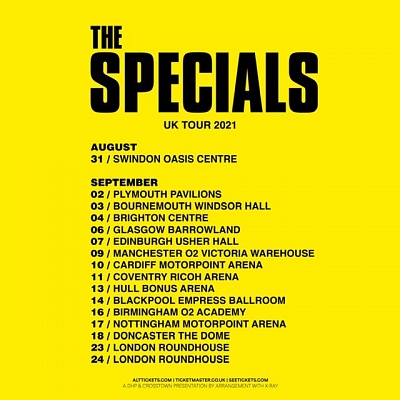 The Specials are an influential ska/pop/rocksteady outfit from Coventry, formed in 1977 and later to become part of the UK Two-Tone scene in the late '70s/ early '80s.

The non-album single "Ghost Town" gave them a number one in 1981.