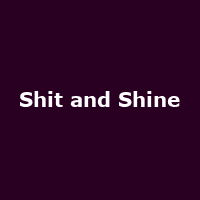 Events for Shit and Shine

Teeth of the Sea