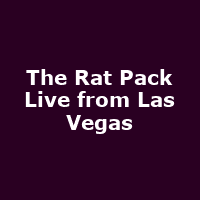 Events for The Rat Pack Live from Las Vegas