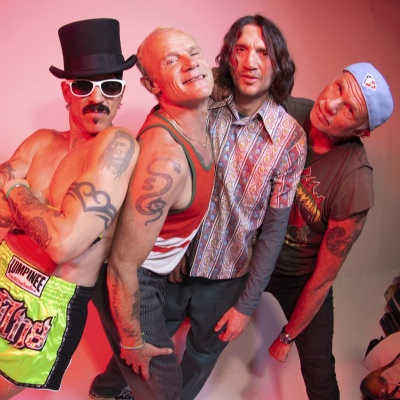 Im With You is Red Hot Chili Peppers tenth studio album, their sixth with prolific producer Rick Rubin and their first with new guitarist Josh Klinghoffer. In truth, Josh isnt all that new to the Chili Peppers, since he accompanied them and John Frusciante on their Stadium Arcadium tour in 2007.

The Adventures of Rain Dance Maggie was the first single taken from Im With You released a little early due to a customary online leak. I remember being quite excited to hear the song, and quickly thinking; meh. It sounded a little like a jam song with added vocals, and after hearing it on numerous occasions, Im still not a fan.

Monarchy of Roses is quite a different proposition, though. It opens the album with some aplomb, with a catchy chorus, bouncy bass-line, nicely distorted guitar lines and the rumbling of toms. A sure-fire hit, given the success of Rain Dance Maggie. Look Around is another high-point, as is the acoustic/ world feel of Did I Let You Know, showing that Klinghoffer isnt just a distortion merchant. Happiness Loves Company could almost be Madness if they were fronted by Anthony Kiedis, with its jolly piano line.

Even You Brutus deserves a mention for its nice spoken vocal-delivery, groovy feel, and the fact that it mentions a Stevie Wonder song, which is good enough for me. Its a pretty good track, builds nicely and breaks-down equally nicely.

The remainder of the album is reasonably typical new millennium Chilis: a few slow, almost acoustic ones, bass-led ones and a few ay-oh moments, but to be fair; 14 tracks on an album, totalling almost one hour of music, is pretty generous!

Album-closer Dance Dance Dance, for me, is the weakest of the album, and really shouldnt be the last track on the album. Leave em wanting more, I believe is the age-old adage, whereas Dance Dance Dance makes you almost glad to hit the eject button (note to youngsters: in the pre-iTunes period, there were these things called disks which were either made out of vinyl or aluminium and plastic and they required turning over/ inserting in order that you could hear their musical content what a chore.).

I wanted to love this album, I really did, but in fairness, I never really loved Stadium Arcadium. In truth, I was taken aback by the sheer number of tracks on that one, but it has been a regular in my mp3/ CD player over the years a grower. This album will definitely have a chance of more growing time with me.