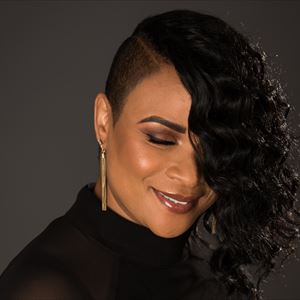 For some artists the route back to charting success can be a slippery slope filled with perils and pit falls around every corner. After a long stint away from being in the publics gaze and bolstered by the close re-collaboration with the likes of Julian Gallager and The Boilerhouse Boys who worked on earlier releases, Louise Gabrielle Bobb, or Gabrielle as she's known to the masses returns with an album hoping to capture some of the magic which ignited her career during the 90's.

Entitled 'Always' the album is released on the back of single release 'Why' which although beautifully soulful and passionate and with the added benefit of being a Paul Weller reworked cover playing host to The Jam front man's acoustical talents to boot, the single failed to chart in the UK Top 40.

Tracks like 'I Remember', flowing with an uplifting series of melancholic string arrangements has all the feel of an Alicia Keys number. 'Every Little Tear Drop' takes you back to the days of 'Rise' and 'Play To Win' with winning instrumental and lyrical combinations, a large dose of the diva's trademark contemporary R&B with a touch of pop, reggae and soul thrown in for good measure. 'Closure' a fitting track title for the closing track to the album with it's slow rocking beat, string accompaniment and baron feel lays a perfect platform for four minutes of what Gabrielle does best. In conclusion this album shows some promise but initial success, or lack of it, may be based more on the singers personal life littering the press since her last album rather than the music itself.