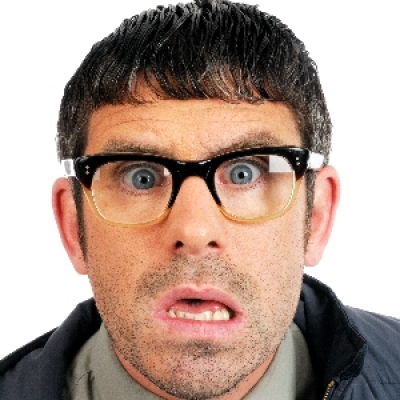 Angelos Epithemiou is the alter-ego of comedian, actor and writer Renton Skinner, who replaced Johnny Vegas in the sixth series of Shooting Stars.

"Angelos Epithemiou is an award-winning burger van owner, who refuses to let anyone know where exactly his burger van is situated because as he puts it, 'I don't want anyone coming up to the van and mucking around with my generator because it's just been fixed and it cost me a fortune to do it, well not a fortune but quite a lot of money, well not that much because I knew the fella who did it for me and he did me a favour, but he's done a rubbish job, but I never trusted him anyway so it's not a big surprise that the bloody thing is buggered again'" (courtesy of George Dawes [Matt Lucas])