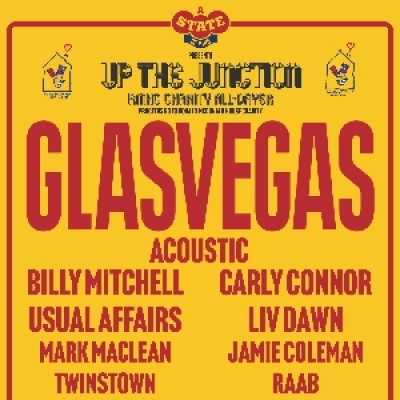 With: Billy Mitchell and Carly Connor

Up the Junction Presents Glasvegas (acoustic) and more

The band has been nominated for countless awards, including successful wins with NME, XFM and the UK Music Video Awards.

Their debut album (self-titled) appeared in 2008, containing the hits "Geraldine" and "Daddy's Gone", before issuing a follow-up, "Euphoric Heartbreak" in 2011.