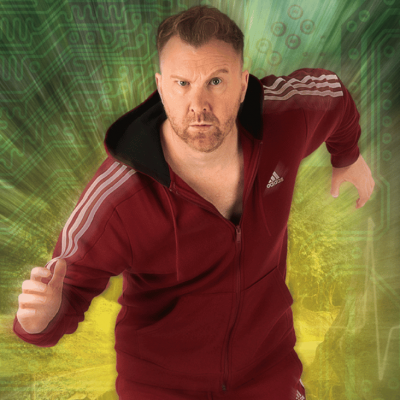 Jason Byrne is a Dublin-based stand-up comedian who has written scripts for Lenny Henry, appeared in TV series such as 'Father Ted' and 'Darkland' and appeared at the Edinburgh Fringe with shows such as "Afterhours" and "The Lovely Goat Show".

His shows include: "Cirque du Byrne", "The People's Puppeteer", "You Name the Show", "20 Years a Clown", "Jason Byrne is Propped Up", "The Man with Three Brains", "You Can Come In, but Don't Start Anything" and "Wrecked but Ready".