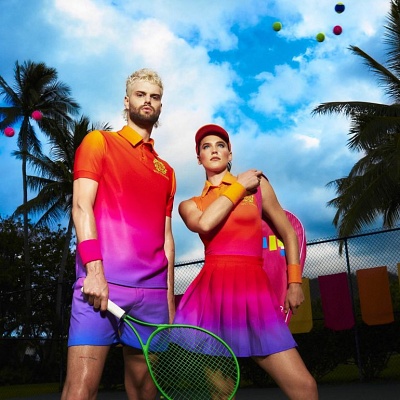 Sofi Tukker are is a New York-based duo featuring Sophie Hawley-Weld and Tucker Halpern, best known for the song "Best Friend" (featuring Nervo) featured in an Apple commercial during the unveiling of the iPhone X in 2017.

They released their debut EP, "Soft Animals" in 2016 with the debut album, "Treehouse" following in 2018.