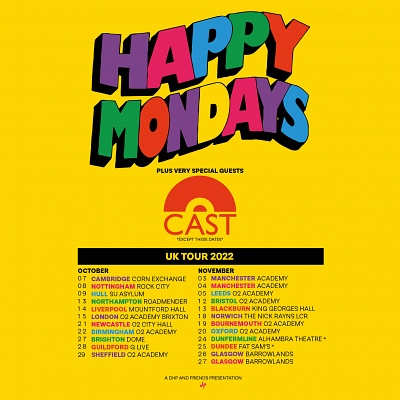 They were at the forefront of Madchester, Factory Records and acid-house/rave culture during the late '80s, early '90s before splitting in 1993. They have regrouped a few times since, most notably in 2012 for several festival slots and tours.