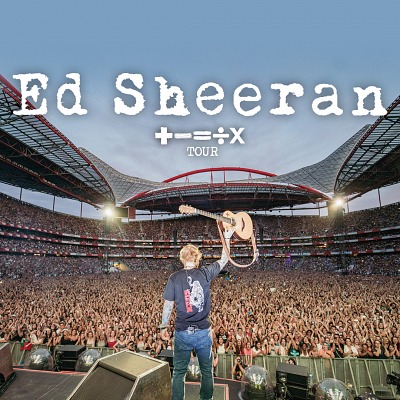 Ed Sheeran is a multi award-winning singer-songwriter from Suffolk and London who has been recording since 2005 (at the age of just 14).

His debut EP was entitled "The Orange Room" in the same year, although his real breakthrough came in 2011 with the song, "The A Team". His debut album "+" appeared in 2011 topping the UK album charts, followed by 2014's chart-topping "X"

Also in 2011, he issued the EP "No.5 Collaborations Project", a compilation of works he recorded with grime-artists including Wiley, Devlin and Sway.

Ed was nominated in four categories for the 2012 Brit Awards, winning in the "Best British Male Solo Artist" and "British Breakthrough Act" categories and also winning an Ivor Novello Award the same year for the song, "The A Team".

In 2015, the album "x" won the "British Album of the Year" Brit award and he won the "Songwriter of the Year" Ivor Novello award and in the "Best Solo Artist" category of the 2015 Q Awards.

He released his fourth album "÷" (divide) in 2017, featuring the singles: "Shape of You" and "Castle on the Hill". Divide was nominated for a 2017 Mercury Music prize.