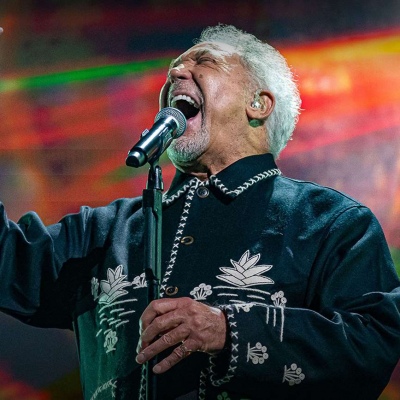 Knighted and award-winning Welsh singer who has managed to sustain his success from the 60s, selling over 100 million records since 1965 including the familiar "It's Not Unusual", "Delilah", "Green Green Grass of Home", "What's New Pussycat?", "Thunderball", "Kiss" (Art of Noise feat. Tom Jones), "Burning Down the House" (Tom Jones and The Cardigans), "Sex Bomb" (Tom Jones with Mousse T) and "Islands in the Stream" (with Rob Brydon, Ruth Jones and Robin Gibb).

In recent years, he has been a judge and coach on the popular TV talent show The Voice.