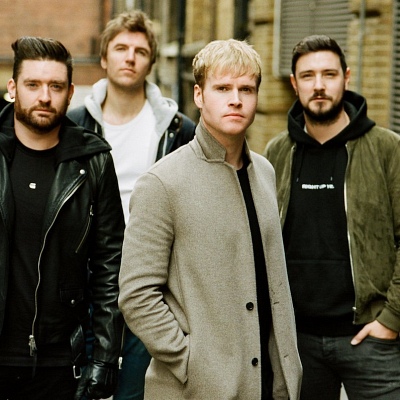 Kodaline are an award-winning Irish alt-rock band from Dublin, comprised of Stephen Garrigan, Mark Prendergast, Vinny May Jr and Jason Boland who (when known as '21 Demands') were runners-up on the RTE TV talent show You're A Star.

Their No 1 single, "Give Me a Minute", was the first ever Irish chart-topper from an unsigned band.

They were nominated in the BBC Sound of Music 2013 and issued their debut-album in the same year, entitled "In a Perfect World", followed by 2015's: "Coming Up for Air" - both of which topped the Irish album charts. They released their third, "Politics of Living" in 2018.