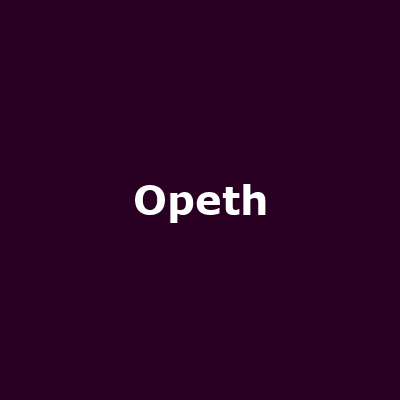 With: Cult of Luna

Their ever-evolving line-up is formed around the core of singer Mikael Akerfeldt and bass player Martin Mendez, with drummer Martin 'Axe' Axenrot and guitarist Fredrik Akesson joining in 2008.

Track titles are as lengthy as the songs themselves, representing a more progressive side to death-metal: 'In Mist She Was Standing" (14 mins), 'The Twilight Is My Robe' (11 mins), 'The Night and the Silent Water' (11 mins) - you get the picture.