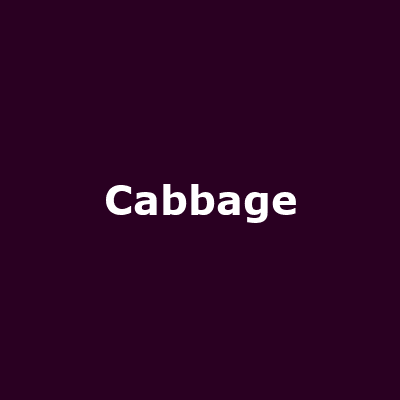 Cabbage are a Manchester based five piece "serving up an idiosyncratic, satirical attack in the form of discordant neo post-punk".

They released their debut EP, "Young, Dumb and Full of..." in 2017, with their debut album, "Nihilistic Glamour Shots" released the following year in 2018. In 2020 they issued the album "Amanita Pantherina".