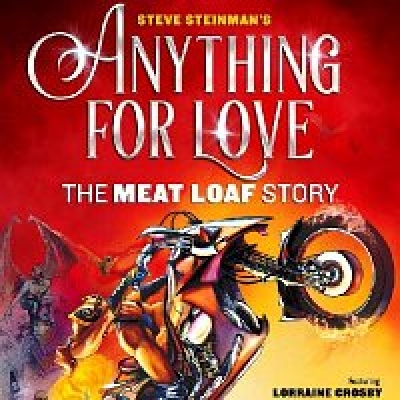 "Over twenty years ago Stars In Their Eyes hit our TV screens transforming everyday people into superstars for one night.

Since his appearance performing as Meat Loaf, Steve Steinman has become a star in his own right.

Known for his performance as Barron Von Rockula in the hit show Vampires Rock, Steve has a fan base most rock stars would be proud of. He has performed at the London Palladium and has toured the world playing arenas and concert halls.

The Meat Loaf Story delivers the best of the best from Meat Loafs back catalogue of hit albums spanning forty years.

With video projected scenes, incredible stage set, superb band and Steve Steinman's unique sense of humour and stage presence, the show will have you up on your feet and dancing in the aisles to all the greatest Meat Loaf hits - Paradise by the Dashboard Light, Took the Words Right out of my Mouth, Anything For Love, Dead Ringer for love and Bat Out Of Hell, to name just a few."