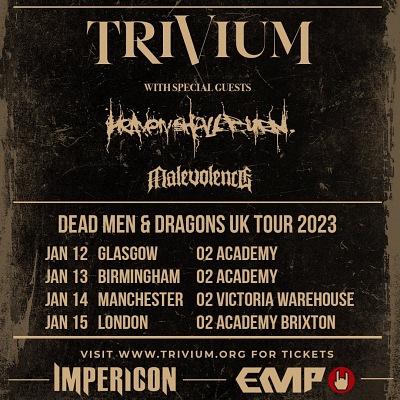 With: Heaven Shall Burn

Trivium are an award-winning American band from Florida, formed in 1999 and fronted by founder member, guitarist and singer, Matthew K Heafy.