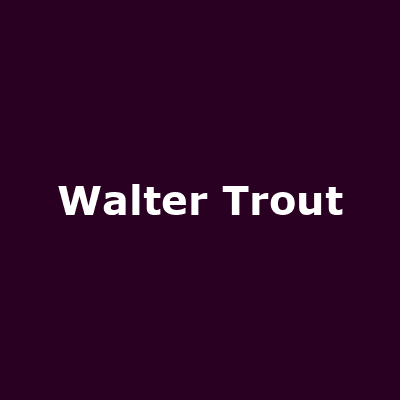 US blues-guitarist who came to prominence as guitarist in Canned Heat and John Mayall's Bluesbreakers in the 80s, before recording several albums with his group, Walter Trout Band including the 1990 debut "Life In The Jungle".

Other releases include the solo 2012 album, "Blues for the Modern Daze" and 2014's "The Blues Came Callin".