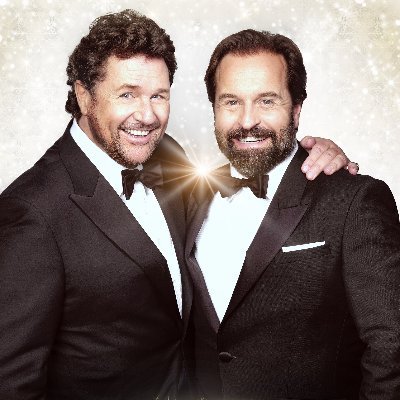 Michael Ball and Alfie Boe: Together At Christmas

Hugely successful British theatre entertainer and show-tunes singer, famous for the song 'Love Changes Everything' (from Aspects Of Love). In recent years he has teamed up with Alfie Boe for recording and touring.

His theatre roles include Marius in Les Misérables, Alex in Aspects of Love, Caractacus Potts in Chitty Chitty Bang Bang and Edna Turnblad in Hairspray for which he won the 2008 Laurence Olivier Award for best actor in a musical.

Ball also took over the weekly Michael Parkinson show on BBC Radio 2 in 2008.