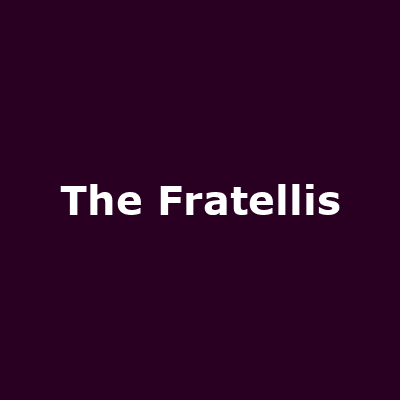 The Fratellis are an award-winning Scottish indie-pop/rock band formed in 2005 and reformed in 2012 after a three-year hiatus.

During their initial run, the band released two albums, "Costello Music" and "Here We Stand" and notched up a handful of hits with "Chelsea Dagger", "Whistle For The Choir" and "Mistress Mabel". They returned to recording in 2013 with the album "We Need Medicine", followed in 2015 by "Eyes Wide, Tongue Tied" and 2018's: "In Your Own Sweet Time".