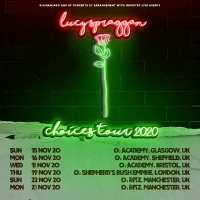 Her debut album "Top Room at the Zoo" reached the Top 30 in 2012, almost a year after its original self-financed release.