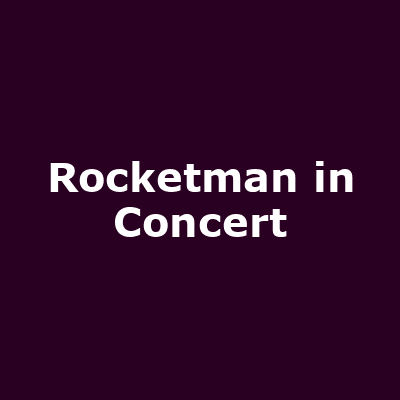 "The critically acclaimed, multi-award winning epic musical fantasy charting the life of the legendary Elton John, Paramount Pictures' Rocketman, will be presented live in concert, with a full orchestra performing its iconic soundtrack live to picture.

The film will be projected onto a huge ultra-HD screen, whilst the orchestra on stage brings to life the stunning soundtrack - the music of Elton John."