On Your Feet! at The King's Theatre on Saturday 7th Mar 2020 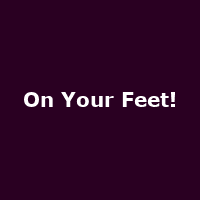