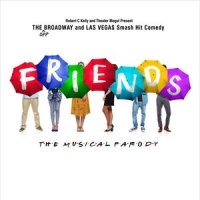 Events for Friends! The Musical Parody