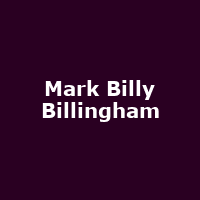 Mark Billingham has served with distinction in both the military and corporate sector. He completed 27 years unblemished service with the SAS. Billingham achieved the highest rank possible reaching the rank of Warrant Officer Class 1 (WO1).

He received the Queens Commendation for Bravery and was appointed a Member of the British Empire for leading several successful and internationally renowned high profile hostage rescues in Iraq and for his outstanding service as the SAS Ground Commander for the London 2005 bombings.