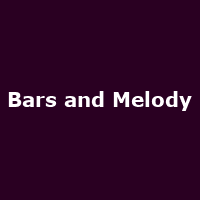 The duo appeared in the 2014 series of Britain's Got Talent, finishing in third place.