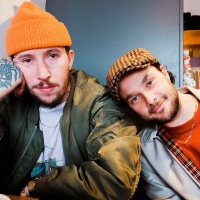 They were shortlisted for the BBC Sound of 2015 poll and nominated for the Mercury Prize in the same year.