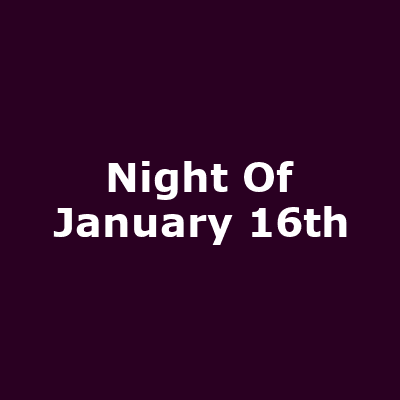 "A smash hit on Broadway in the 1930s, Night of January 16th takes the form of a New York courtroom drama, a murder trial, in which members of the audience become the Jury and decide the verdict. Through snappy dialogue, cut-throat cross-examinations and diverse characters, the story unravels in thriller-style, with plenty of wit, suspense and surprise.

New York's top attorneys battle it out, with bankers, gangsters and two determined women, to get to the truth behind the mysterious death of Bjorn Faulkner, an international tycoon who held a whip over the financial world. As we learn about the dead man, the witnesses and what happened on the Night of January 16th, it becomes clear that it is not the man or his mistress who are on trial, but the audience themselves."