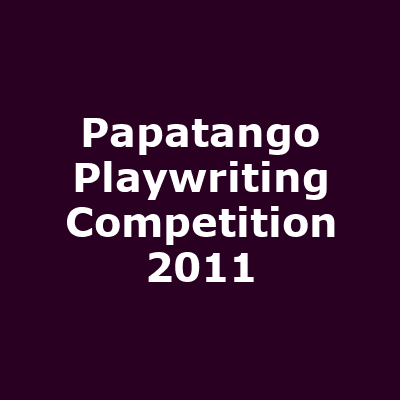 "Papatango was founded by Matt Roberts, George Turvey and Sam Donovan in 2007. The company's mission is to find the best and brightest new talent in the UK with an absolute commitment to bring their work to the stage. Since then, Papatango have produced eight pieces of new writing in such venues as the Tristan Bates Theatre, the Old Red Lion Theatre and the Pleasance London. 2009 saw the launch of their first Papatango New Writing Competition, which each year has gone from strength to strength."

The 2011 winning nominations will perform at the Papatango Playwright Festival 2011 at the Finborough Theatre, West London.