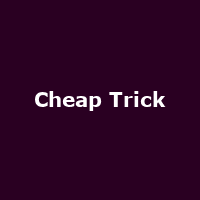 Cheap Trick are an AOR-band from Illinois, formed in 1974.

Their most familiar songs include "The Flame", "I Want You To Want Me", "Dream Police" and "Surrender" (their first hit was actually in Japan sometime prior to the States).