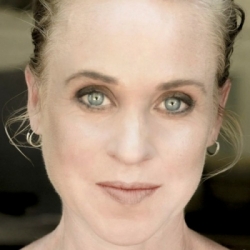 Fresh from issuing a new Throwing Muses album a year ago, songwriter Kristin Hersh continues musically apace with a lengthy UK tour throughout the spring in 2022.

Billed as the Krisitin Hersh Electric Trio, her band will include Muses' bassist Fred Abong and drummer Rob Ahlers from her other band 50 Foot Wave. You can expect blistering versions of tracks from both groups including tracks from Throwing Muses recent LP Sun Racket, a selection of some of Hersh's solo catalogue including material from her most recent set Possible Dust Clouds (released in 2019).

Hersh's legacy is enviable - as well as some remarkable songs, she has been a prominent champion of women's representation in independent music for decades. She and Tanya Donelly were part of the driving force behind the successful Throwing Muses and were part of the 4AD label's commitment to signing artists from outside of the typical sphere of ethereal rock and pop (along with Pixies, Ultra Vivid Scene, Pale Saints etc).

As well as the Muses, Hersh has issued several solo albums since the mid-'90s, including the landmark Hips and Makers and the acclaimed Sunny Border Blue (2001).

The tour will begin in Portsmouth on 20th April 2022, before calling in London, Cambridge, Liverpool, York and right around England plus stops in Scotland and Wales until ending in Reading on 15th May.

Most tickets are on sale now, a few to follow soon.