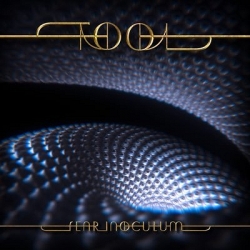 Often seen as something of a musical bridge between the passing grunge era and the imminent take-over of emo and pop-punk (yet sounding little like either), the band Tool began life in the '90s with the progressive Opiate EP and attendant album Undertow in 1993 which sold well enough in the States, but remained something of an under-the-radar release over here.

However, by the mid '90s and beyond, Tool's reputation as a serious must-see live act translated into a platinum-selling US album in Ænima and their first UK Top 20 album in Lateralus. Tour announcements by Tool tend to go down rather well (an understatement). Rather like their lack of proficiency in the releases department - just five albums in 28 years - live UK shows don't happen that often either. Covid has put paid to much in the way of promotional activity for their most recent album Fear Inoculum (their first for 12 years in 2019) - until now.

May 2022 will herald the return of Tool to these shores. There are just four arena shows to clamour over, in London, Birmingham, Dublin and Manchester (so far). You can expect tracks from Lateralus (it's the album's 20th anniversary this year), Fear Inoculum and maybe the odd new track.