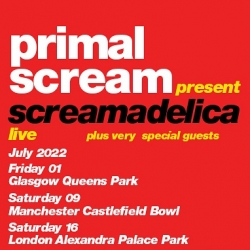 2022 sees the anniversary of one of the '90s most iconic albums. This is not a release schedule anniversary, more an award-winning one. Primal Scream's Screamadelica was the first release ever to win the coveted Mercury Music Prize in 1992.

The sprawling double album, issued a year earlier, was quite a leap forward for singer Bobby Gillespie's musical tartan army and appealed to club-heads and indie-fans alike. Gone were the psychedelic pop grooves of the earlier Creation Records and Elevation periods, to be replaced by chilled-out druggy grooves with the occasional diversion into the gospel-tinged soul that was to weave its way into the following 1994 album Give Out But Don't Give Up.

With a line-up of terrific guests and vocalists such as the late Denise Johnson and Andrew Weatherall, plus Jah Wobble, The Orb and more, Screamadelica soon became a Top 10 album and spawned four hit singles to boot, including the epics Loaded and Come Together as well as Movin' On Up and Higher Than The Sun.

All of which adds up to something worth celebrating in the form of a deluxe reissue, a singles box-set and a short tour. Three huge shows have been confirmed, starting with Glasgow on 1st July 2022, then Manchester as part of the city's Sounds of the City on 9th July and finally London's Alexandra Palace on the 16th.

Tickets are on sale from now. 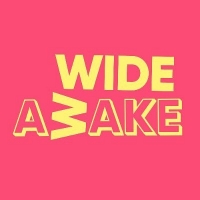