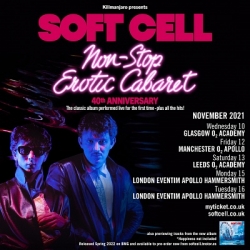 In 1981, after two versions of their debut-single A Man Can Get Lost / Memorabilia failed to ignite much interest outside of fetish clubs and backstreet bars, the otherwise unknown Soft Cell scored one of the biggest hits of the eighties.

Tainted Love was a relatively obscure Northern Soul standard originally recorded in 1965 by Gloria Jones but Marc Almond and Dave Ball opted to transform the song into something of a landmark electronic record that would become a staple of dance-floors and radio playlists for many years. Embracing the 12" format, the duo segued the song with Motown belter Where Did Our Love Go and created an 9-minute synth-driven romp that kickstarted a string of epic extended dance singles.

As well as the subsequent singles Bedsitter and Say Hello, Wave Goodbye, NSEC boasts hi-energy pop such as Youth, Entertain Me and Chips On My Shoulder, as well as the mucky alleyway grooves of Seedy Films and Sex Dwarf. A sibling album Non-Stop Ecstatic Dancing spawned another Northern Soul cover (What?) and afterwards a further non-album single in the shape of Torch, arguably one of their crowning glories on 12".

The tour itself will take place in November, taking in Glasgow, Manchester, Leeds and London (two dates). Tickets go on sale from now 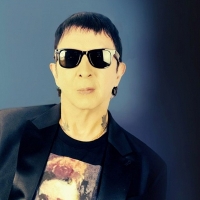