You can get involved to help fund and support your favourite smaller venues and also lobby for government funding. 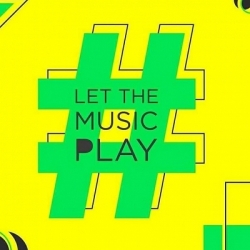 In these crazy Covid-19 times, businesses across the country are suffering financially, even as the lockdown gradually eases.

With several hundred smaller venues now identified as under possible threat of closure and impending bankruptcy, a new initiative has been launched to help combat what appears to be a lengthy period of social and cultural restrictions imposed.

The initiative is called Save Our Venues (tagged as #saveourvenues on socials) and has been launched by the registered charity Music Venue Trust and has the blessing of several musicians who have pledged both their time and limited funds to kickstart the program.

One such artist is songwriter Frank Turner, a revered performer whose career started in key grassroots venues around the UK. He says, "The UK live music industry is staring into the abyss right now. I'm not able to save the whole thing on my own, but I decided to do a series of livestream shows to raise money for specific independent venues that I know and love, and that are in serious risk of disappearing right now."

Whilst live streaming or drive-in shows might not be the most atmospheric way to enjoy music, it is becoming something of a successful stop-gap, not only for the benefit of the artists involved but also keeping music fans sane at home. But it doesn't help the independent venues that have been dependent on footfall.

Controlled outdoor events have been reintroduced including circuses - it remains to be seen how successful at controlling the virus these businesses can be.

On Sunday 5th July 2020, the government finally announced emergency funding for the arts to the value of Â£2.57billion. The detail and proportioning of the grant has not been fully announced but at least this gives the UK some hope that most, but likely not all, venues and staff will be retained for the time being. Music venues are included in the package but to what degree remains unanswered as of 4pm 5th August.

More on this as we get it.

How can you still get involved?

1. Donate to a specific venue's fundraising page by the Save Our Venues website (link below) to see a list of local venues that urgently need help. There's a Â£100,000 target to reach just for starters.

2. Watch 'at home' shows by artists supporting the #saveourvenues campaign. Details of exclusive gigs will be added to the events page at the Save Our Venues website.

3. Donate to the national #saveourvenues fund via the website below.

4. Help spread the word on social media using the hashtag #saveourvenues and the campaign link.

We will be promoting as many 'at home' shows as we can, as well as any rescheduled shows that these venues should be hosting, all being well when the lockdown lifts.

Music Venue Trust's CEO Mark Davyd says, "Without the support of music fans and artists literally hundreds of the UK's grassroots music venues could go out of business, never to return, in the coming months. Please help to save every single grassroots music venue in the UK so that it can reopen after this crisis and continue to be a home to our musicians and our communities."

In tandem with the Save Our Venues initiative, thousands of artists far and wide have come out in support of the #LetTheMusicPlay movement, calling on the current government to help venues and artists experiencing hardship through lost revenue and in some cases, permanent closure of theatres and venues. Again you can get involved by spreading the word and/or sharing your's and your favourite artist's thoughts on social media by using the Let The Music Play hashtag and heading to the Concert Promoters Association website below to get involved.