UPDATE: UK lockdown renewed from Thursday, 5th November until Wednesday, 2nd December 2020. All indoor gatherings banned for that time, pubs, restaurants and venues to close once again over this period. 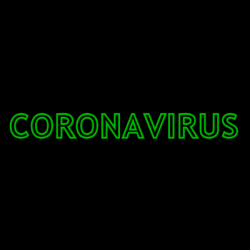 After this year's spring/ early summer lockdown which saw all public gatherings banned, we have another version of that from Thursday, 5th November until Wednesday, 2nd December 2020, with the hope of this bringing the overall infection rate in the UK down to a more manageable level.

This will once again mean the closure of venues, many of which had re-opened, hosting socially-distanced events over the last month-or so. All indoor events for November are almost certain to be cancelled. Already, Nimax theatres (owners of London's Apollo, Duchess, Garrick, Lyric, Palace and Vaudeville Theatres have announced the cancellation of all events up to the 2nd December.

Many of the streamed events are likely to still take place, however, unless they involved the band/ show in a specific enclosed venue, in which case it is likely they also will be cancelled in the November to December time-frame.

The trend in 2020 was for events to be pushed-back to later in the year or 2021, so expect to see that trend continue - including many of the events rescheduled from earlier in the year to autumn/ early winter.

The show must, and of course, does still go on - online. There are many Online Stream shows to choose from in the coming months, for now, which is at least something.

See the Updates sidebar to the right for further updates - naturally we are doing our best to keep events updated and rescheduled but there's rather a lot to keep up with at present. Bear with us once again.