Posted: 13th January 2020
We have pre-sale tickets available for Max's appearance at Live at Chelsea 24 hours before general on-sale, from Thursday 16th January. 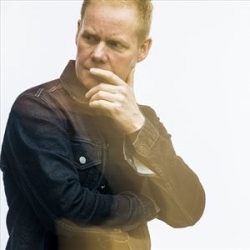 Max Richter is the third headliner announced for Live at Chelsea 2020 (the other two being The Beach Boys and Supertramp's Roger Hodgson).

Think you're not familiar with Max's work? Think again, as you will have heard it in: Peaky Blinders, The Crown, Black Mirror ("Nosedive"), HBO's The Leftovers and Mary Queen of Scots, among others.

Tickets, priced from £40 to £65 go on sale on Friday 17th January at 10am, but you can get your hands on pre-sale tickets a full 24 hours ahead of that by clicking the Pre-sale Tickets button below on-or-after Thursday 16th January from 10am.