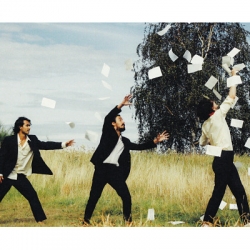 Lucy Rose plays the O2 Forum in Kentish Town this Wednesday (18th November) with support from Flyte and 2015 Mercury prize-nominee Chris Duncan - the final night of her autumn 2015 UK tour.

Her latest album, "Work It Out" was released in July of this year, making the top 10 in the UK album charts and you can watch the video for recent single, "Till the End" over there on the right.

The video sees Lucy and some of the team from the Boiler Room Ladies football club take on a bunch of lads at football in a park.

Tickets for the gig at the O2 Forum cost £16.50, but we had five pairs of tickets to give away.

Congratulations to Londoners Ian Goodyear, Michael Bull, Hanan Hotse, Ben King and Wendy Becker from Croydon who have each won themselves a pair of tickets for the show.