Posted: 21st October 2015
Sunshine of Your Love - A Life in Music is a 2 CD album featuring the songs of Jack Bruce which was released on Friday 16th October - and we have three copies up for grabs! 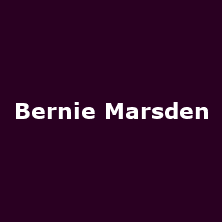 This Saturday, 24th October, a special gig concert will take place at Camden's Roundhouse, a year to the day a special person, the former Cream bass virtuoso Jack Bruce passed away.

As part of Cream, along with drummer Ginger Baker and guitarist, Eric Clapton, the trio went on to sell an astonishing 33 million albums in just two short years, releasing an impressive five albums in that time. Jack went on to work with both Ginger and Eric later on in his career as well as a who's who great musicians, including John McLaughlin, Frank Zappa, John Mayall, Mick Taylor, Billy Cobham, Rory Gallagher, Ringo Starr, Bernie Worrell and many more.

Released last Friday, the album features the Cream hits, "N.S.U", "I Feel Free", "White Room" and (of course), "Sunshine of Your Love", plus "Rope Ladder to the Moon", "Theme for an Imaginary Western", "Weird of Hermiston" (taken from his debut solo album, "Songs for a Tailor"), "Something to Live For", to the more recent "She's Moving On", "Candlelight" and many more.

I want a copy!

So, you like the sound, then? Simply click on the Enter Competition link, below on or before Friday 30th October to be in with a chance of winning this great album.

There are still a few tickets remaining for the Sunshine of Your Love concert on Saturday 24th October at the Roundhouse.