Circa Waves at the Q Awards Launch - competition winner announced!

Posted: 16th October 2015
Circa Waves play a special Q Awards launch gig in London on Sunday 18th October 2015 - and we had two pairs of tickets to give away. 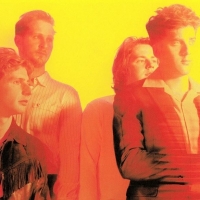 This Sunday (18th October) sees Circa Waves play a special Q Awards launch gig at Under the Bridge in Fulham - tickets for which are now sold out.

Circa Waves are nominees in this year's year's Best New Act presented by Orange Amplification category . Other nominees in that category are SOAK, Slaves, The Bohicas, James Bay, Years and Years, Wolf Alice, Jess Glynne, Songhoy Blues and Courtney Barnett.

And the winners are...

This is the second and final Q Awards launch gig that will take place at the intimate Under The Bridge this year. Tickets were snapped-up in just minutes when they went on sale on Monday, but Amisha Solanki and Robert Crook need not fret, as they have won themselves a pair of tickets!