Posted: 11th August 2015
The 2015 line-up includes Richie Hawtin, Marco Carola, Sasha, Dubfire, Jamie Jones, Solomun, Nic Fanciulli and more and we have a pair of tickets to give away! 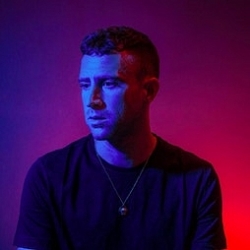 The Social is a boutique one-day music festival showcasing the world's greatest dance music acts in the idyllic setting of Mote Park in Maidstone, Kent.

Now in its third year, The Social is arranged by Saved Records, the independent music label of renowned house and techno DJ Nic Fanciulli. Nic, a Maidstone local curates the event which aims to bring a taste of Ibiza to the South East of England, and with the line-up announced, it's hard to argue against that.

The event takes place at Mote Park on Saturday 12th September, with final release tickets costing £54.50, and we have a pair to give away - see below!

The after-party, Anti Social is held at The Source, just a short drive down the road in the centre of Maidstone and features Cassy, Jackmaster, Nic Fanciulli, Seth Troxler, Terry Francis and Paul Johnson and Friends. Tickets cost £15 for early-birds to the after-party, rising to £20 for final release.

So, still here, then? If you'd like to win a pair of tickets to the festival, just click on the Enter Competition button below on-or-before Sunday 30th August.