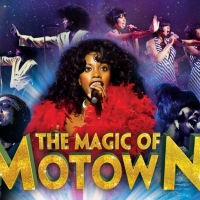 Voice of Rose Royce, Gwen Dickey, joins The Magic of Motown concert show as it presents its biggest production ever with an open-air concert at Millennium Square in Leeds, on Thursday, July 30. And we have a pair of tickets to see the show to give away.

The Magic of Motown Under the Stars event features Gwen performing her Seventies chart-toppers as special guest with Britain's busiest concert show featuring the music of Motown.

Oozing the style, sophistication and musical brilliance of true musical legends, The Magic of Motown Under the Stars also features original lead singer of Rose Royce Gwen Dickey singing number one hits Car Wash, Love Don't Live Here Anymore and, what promises to be, the evening's stand-out moment Wishing on a Star.

Direct from the USA, the critically-acclaimed Magic of Motown brings to the stage 36 chart toppers to the stage and promises five-star performances that will authentically revive the style and sophistication of everyone's favourite musical legends.

As well as dazzling dance moves and glittering costumes galore, the elusive, authentic sound of the original artistes is recreated.

The first entrant drawn in our exclusive competition will win a pair of tickets to the show. To enter, click on the Enter Competition button, below and answer the simple question on or before Sunday 19th July.