Posted: 1st April 2015
Check out the most essential club-nights and tour-dates coming up this year! 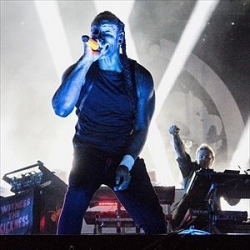 All prices are exclusive of booking fees and available at time of going to press. Click on the images for more details and to buy tickets!

PAUL VAN DYK will appear at Motion in Bristol as part of the city's Easter celebrations. You can expect a 3-hr set from the man as well as numerous other DJs on hand to help you club the night away. Final release tickets from £18.50 on sale now.

CARL COX will appear as part of the huge Transmission night at Manchester's Albert Hall on 3rd April (Good Friday). He'll be joined by East Everything and other 'Friends'. Tickets on sale from £28.50 upwards.

STANTON WARRIORS are heading toe Brixton Jamm on 5th April as part of the venue's Hot Cakes event on Easter Sunday (5th). There are still a clutch of tickets available now, priced from £15 upwards.

FERRY CORSTEN will appear at Passion at Loughborough University on Easter Sunday offering plenty of reason to stay in the town over the Easter break. The very last tickets are on sale now from £25 - Early Birds have long since sold out.

MR SCRUFF will be 'keeping it unreal' (to paraphrase his popular album) with spring shows in his Manchester heartland during the spring plus a show at London's KOKO based in Camden. Tickets available.

SCRATCH PERVERTS head to London, Glasgow and then back to London again with the ones and twos primed and ready for some serious turntablist action in the coming months. - from £10.

TREVOR NELSON will continue his monthly residency at London's Jazz Cafe throughout 2015 as well as appearing at Southampton's 1865 venue for a set on Saturday 25th April - tickets available.

THE PRODIGY have declared that The Day Is My Enemy (according to their new album) and have lined up a spring tour to emphasis this! Dates include Bridlington, Bournemouth and an appearance at T in the Park near Stirling.

FELIX DA HOUSECAT will make a rare Scotland appearance on 23rd May with a special set at the Ironworks in Inverness. Final tickets are on sale now, priced from £15 upwards.

DARREN EMERSON makes a rare appearance at Shrewsbury's Buttermarket Cellars on 3rd July. Tickets are still available, priced from £8 for Earlybirds (or £9 for standard entry).

DREADZONE, Eat Static and System 7 will relive the heady days of '90s Megadog nights with a special triple-bill at Manchester's Academy on 21st November. There are a few tickets left priced from £25 upwards.

DAVE PEARCE has announced a huge show in Lowestoft on 15th December where he'll play his special full-on blend of dance anthems and club classics at the town's Aquarium venue.

CREAMFIELDS (28th - 30th Aug) returns once again to the Daresbury Estate in Warrington with a line-up sure to please (but yet to be announced). The 2014 event featured AVICII, Deadmau5, Calvin Harris, Armin van Buuren, Fatboy Slim, Steve Angello, Eric Prydz, Tiësto, Annie Mac, Alesso, Above & Beyond, Laidback Luke, Paul Van Dyk and more.

Festival updates will be added soon - watch this space!