Posted: 26th May 2014
"Ain't No Mountain High Enough" is the new album from Michael Bolton and we've picked the three winners in our recent competition 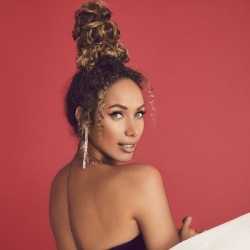 He's won Grammies by the trailer-load and used to have one of the biggest hair-styles in music, yet Michael Bolton's enormous pipes have sung him through thick and thin for well over three decades and sold over 50 million records worldwide.

Bolton first came to prominence in the UK during the '80s but had already been belting out hard-rock and metal songs in his homeland for a decade or so, initially under his own name Michael Bolotin.

His first big hit was "How Am I Supposed To Live Without You?" in 1990 after a succession of successful albums beforehand, all of which catapulted the singer to megastar status for most of the '90s.

That success is set to return with his latest album "Ain't No Mountain High Enough". Subtitled 'A Tribute to Hitsville', the album features powerful cover-versions of Motown classics, guaranteed to blow your socks or stockings off. Tracks include the title-track, sung as a duet with our own Leona Lewis, plus "Ain't Nothing Like The Real Thing" (with X Factor winner Sam Bailey), "You Keep Me Hanging On" and "Money" featuring guitar-wizard Orianthe. The album has earned him his first US hit-album for several years.

We recently ran a competition to win one of three copies of the album, and if your name is John Hunt (from South Shields), Elisa McCann (from County Antrim) or John Mills (from Tyne and Wear), then congratulations - a copy of the CD will be on its way to you shortly!