Posted: 29th May 2014
Released earlier this month, 'Corazon' is the latest album from guitar supremo Carlos Santana and his band and we've just picked the winners from our recent competition. 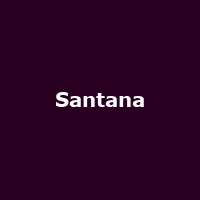 The name Santana has been appearing on record-sleeves for almost an incredible 50 years! Main-man and guitar-wielding virtuoso Carlos Santana has been the driving-force behind the Latin-rock outfit since the early beginnings and has steered the band through various eras of music.

They've survived punk, club-music, Brit-pop and Lady Gaga and have released a wealth of influential music that includes their self-titled 1969 debut, plus a string of both hit albums and singles in the '70s, including the familiar Samba Pa Ti.

After a tricky time in the '80s, including a hiatus, Santana burst back onto the music scene in 1999 with the Grammy-garnering album 'Supernatural' and its accompanying hit 'Smooth' and have been continuing their enviable record with a succession of Top 50 albums.

This month saw the release of 'Corazon', a predominantly Latin-music album featuring collaborators such as Wayne Shorter, Gloria Estefan, Ziggy Marley, Miguel and several more. It sees Carlos hark back to his roots and heralds another chapter in the multi-million selling artist's colourful life.

We had a bucket-load of entries to win one of three copies of the album, and the winners are Rachel Bustin from Cornwall, Carly Bryan from Northampton and Pedro Ferrao from Swindon.